This week, the city announced $38 million in Low-Income Housing Tax Credits funding to go toward four affordable housing projects in Detroit. 183 new units will come from this funding, in developments in Morningside, Woodbridge, Midtown, and Old Redford.

The first is the old St. Matthews School in Morningside, owned by the Catholic Charities of Southeast Michigan. The former school will house 46 apartments, with half receiving vouchers so no one will pay more than 30 percent of their income for housing; the other half will be for those making 60 percent Area Median Income (AMI) or less, currently $37,620 for an individual, or $42,960 for two people.

The project costs $17.4 million conversion into the Residences at St. Matthew received $9.8 million in LIHTC funding from the Michigan State Housing Development Authority (MSHDA), along with 25 MSHDA project-based vouchers so residents will not have to pay more than 30 percent of their income in rent.

Cinnaire Solutions is also working with Catholic Charities of Southeast Michigan on the development, with Ethos Development consulting. Ethos previously worked on the Transfiguration School redevelopment in Banglatown.

4401 Rosa Parks will be built at a vacant lot at Rosa Parks Boulevard and Calumet. Cinnaire Solutions and Woodbridge Neighborhood Development Corp. are leading the development, which will bring 60 new units to the neighborhood. The $16.7 million project is receiving $8.9 million in LIHTC funds over 10 years. 11 units will be offered to those making 30 percent AMI, 15 units at 40 percent AMI, 14 units at 60 percent AMI, and 20 at market rate. Construction is expected to start next year and be completed in 2024.

Greystone Senior Living will be built on Martin Luther King Jr. Boulevard west of Cass Avenue. The $12.6 million development is led by Cass Corridor Neighborhood Development Corp. The four-story building will have 49 one- and two-bedroom units. The development received $8.26 million in LIHTC funding over 10 years. It will have 13 units offered at 30 percent AMI, three at 40 percent, and 33 units at 60 percent AMI. Construction should start and end in 2023. 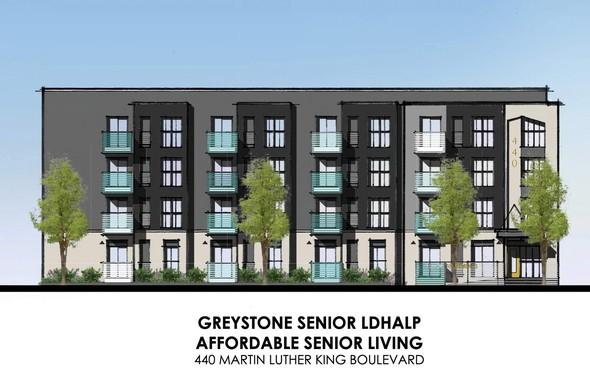 In Old Redford, Orchard Village Apartments will bring 48 units of housing across Orchard and Santa Clara Streets. The $14.3 million development is receiving $10.8 million in LIHTC funds and is led by CHN Housing Partners and Detroit Blight Busters. The apartments will all have two bedrooms for residents making between 30 and 60 percent AMI. Construction will start next year and be completed in 2024.