Milwaukee Junction is having a moment. Storefronts are filling in along East Grand Boulevard; Vault of Midnight just moved from downtown to a bigger space, new restaurants and coffee spots have been opening, and a grant from the Knight Foundation will spruce up the streetscaping along the Boulevard. Now, its most noticeable building is ready to open its coworking space.

Chroma Coworking, in the nine-story former storage building at Beaubien and the Boulevard, will officially open its doors Monday. The Platform started construction on the $16 million redevelopment in early 2019. City Year moved its offices into the building a year ago and last year, Sydney G. James painted "The Girl with the D Earring" along the west side of the building. The Platform will also move their offices from the Fisher Building into Chroma.

Chroma Coworking covers the second and third floors of the building. The space has a combination of private offices of all sizes, conference rooms, dedicated desks, and tables and chairs for working. For the private offices, the frosted glass allows for privacy while still bringing in outside light. Floor-to-ceiling windows give most offices a stunning view, whether they're facing the tree-filled North End, the Fisher Building, downtown, or the industrial east side.

Prices start from $50 a month for virtual memberships, $175 a month for coworking access, $300 a month for dedicated desks, and $650 per month for private offices. Members have 24/7/365 access, printing and copying, a kitchenette, events, and more. 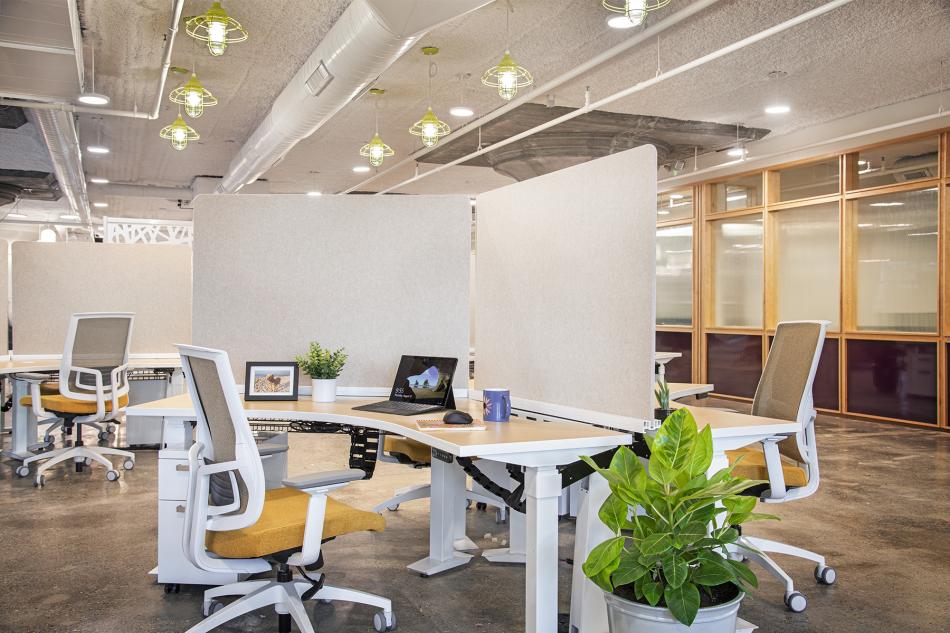 Clusters of desks in the middle of the coworking space.John D’Angelo for The Platform

Mindy Lopus, Chroma’s director of coworking and hospitality, tells us the first and ninth floors will be used for hospitality. Starting outside, a courtyard (former parking lot) will used for events and as a year-round festival space. It currently has picnic tables and recently hosted a screening for the Freep Film Festival. Inside, there will be a commercial kitchen, reception, wine bar, pop-up dining, and soft seating with tables and chairs. The first and ninth floors are still fairly raw: martini columns line the interior, and some remnants of past use remain, including some tiling on the first floor and a tall, shallow safe on the first floor that could turn into an art installation.

Former plans called for a food hall in the cellar and first floor, but the pandemic has shifted those plans.

On the ninth floor, which also has floor-to-ceiling windows and sweeping views of the city, will be an event space for up to 350 people. Lighting, polishing the floor, and painting still needs to be done in the space.

Floors 5-9 can be leased for the entire floor or for partial space.

The 1913 building has been used for storage for most of its years. It stood out in the New Center area in 2009, when the Illuminated Mural was painted across the nine stories.

The Platform is in the process of permitting for the community floors and hoping for January to open the spaces.

See the gallery at the top of the page for more photos of the coworking space.