Earlier this year, Olympia Development announced a grand vision for the next phase of the District Detroit, with Stephen Ross's Related Companies as the partner. The Detroit Center of Innovation (DCI) is the anchor to these plans, and the vision included many new builds and adaptive reuses of current buildings.

Olympia announced today that the Community Benefits Ordinance process will begin for the first phase of the $1.5 billion development. This phase includes 10 properties covering residential, retail, office, and hospitality, including many in front of Comerica Park. According to a press release, the properties are:

Four residential projects totaling 695 units with 20% of units set aside as affordable housing at 50% Area Median Income, including:

The developers are not seeking any general city funds for the development. They are submitting a Transformational Brownfield Plan with the Michigan Economic Development Corporation.

The first meeting is at 6pm on November 29 at Cass Tech High School. The map below shows the impact area where residents have been mailed invitations to the meetings. Once selected, the Neighborhood Advisory Council will negotiate various benefits to the affected surrounding neighborhood. 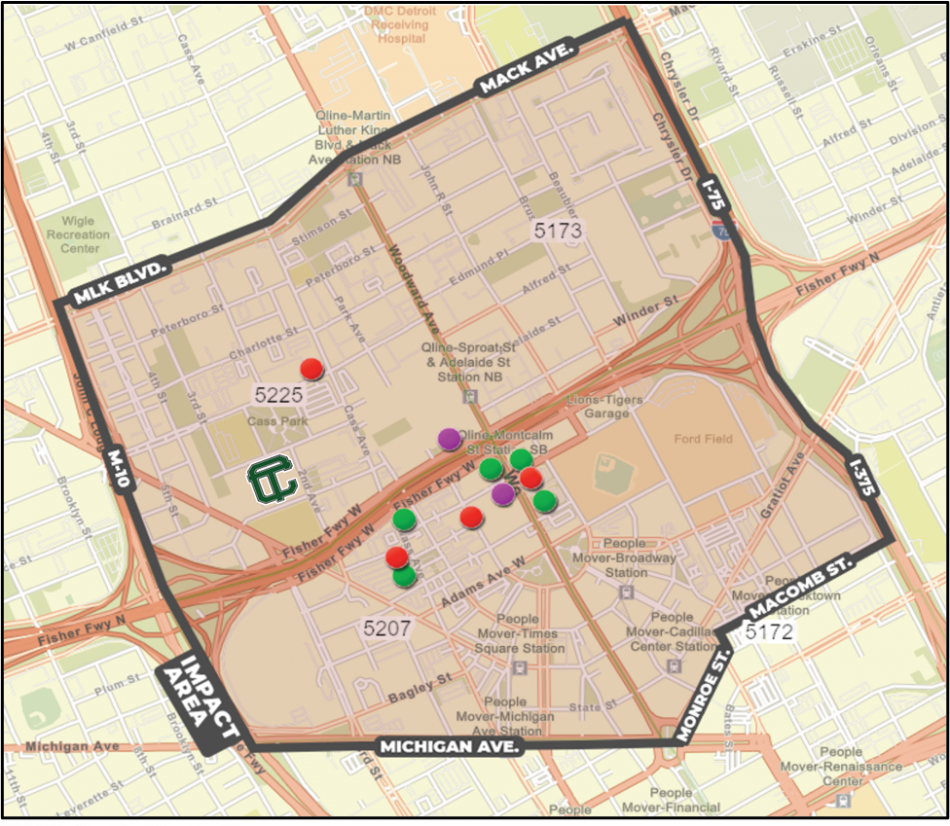 The initial development plans were met with skepticism earlier this year. The plans included many previous ideas that never came to fruition. But with the addition of Related Companies to the development team, there was a little more hope that these could come to life.