A few years ago, many of us hoped for a new life for the Grosfield Building, with its handsome turret along Michigan Avenue west of Corktown. New owners released plans for redevelopment, and preservationists breathed a sigh of relief that a building dating back to the late 1800s along this historic road could be saved.

What's happened in the last four years? Not much. Plans called for 20 lofts and restaurant space, but not much has physically happened at the site. A fire ravaged 3363 Michigan Avenue this weekend (the building along, not on the corner of Michigan Avenue), which led to an emergency meeting with the city's Buildings, Safety Engineering, and Environmental Department (BSEED). Director David Bell met on Zoom with the building's owners (Integrity Building Group/Studiozone/Warehouse) and lawyer Wednesday afternoon to discuss the fate of 3363 Michigan and the red brick building on the corner. The owners pleaded for more time to present their plans to the city, noting that securing funding was delaying development. But it might be too little, too late. 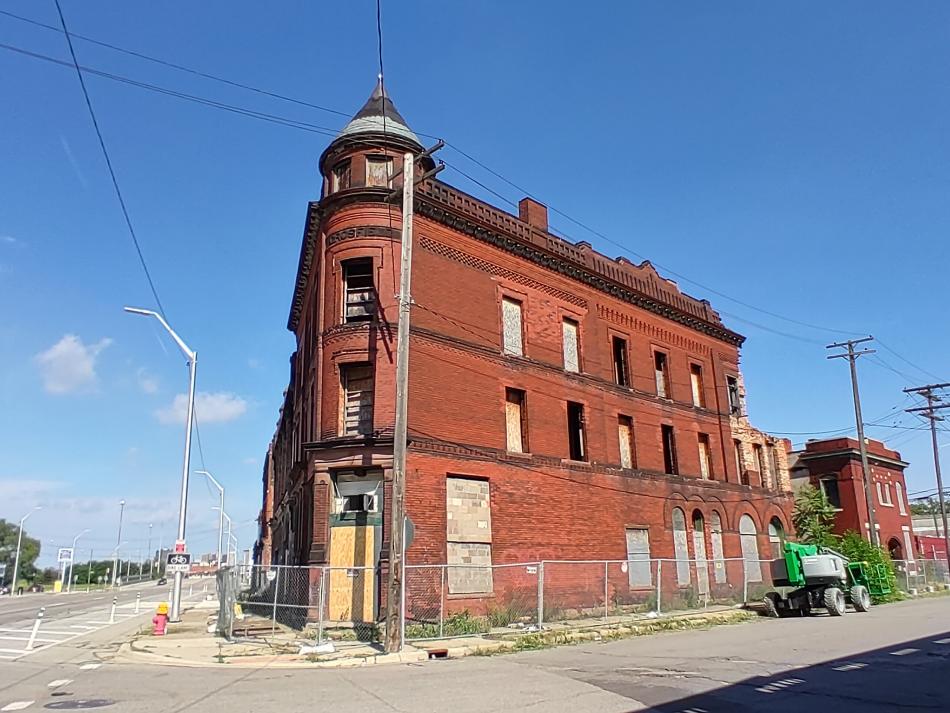 A building owner on the same block spoke up in the meeting, saying that he supported the efforts to restore the building and that the owners and city needed to work together to save it. Dawn Bilobran from 313 Historic Preservation also spoke up in favor of at least saving the facade, stating that at least now, the block has a low pedestrian density.

But the city stuck with its intention, saying the owners have had ample time (even before COVID) to make progress on this property.

An emergency demo order has been pulled for 3363 Michigan. Owner Brian Mooney asked if they could demo it themselves, if necessary. Bell said yes, and that the main brick building on the corner could very well be considered for demo as well.

Think it's too far gone? A lot of people thought that about the James Scott Mansion.

A tipster has told us that both of the buildings will be coming down. We'll follow the story and update as needed.