Imagine the grandeur of a 14,000-square-foot limestone mansion along Jefferson Avenue in 1911, built for one of the wealthiest men in the city. Now think of that same mansion, vacant and vandalized 100 years later. For the past 12 years, the owners of the Book Mansion on Jefferson and Burns have worked tirelessly to restore plasterwork, remove paint from French stone walls, and remediate hazardous materials. Now, the home, its carriage house, and two side lots are listing for $3.5 million. 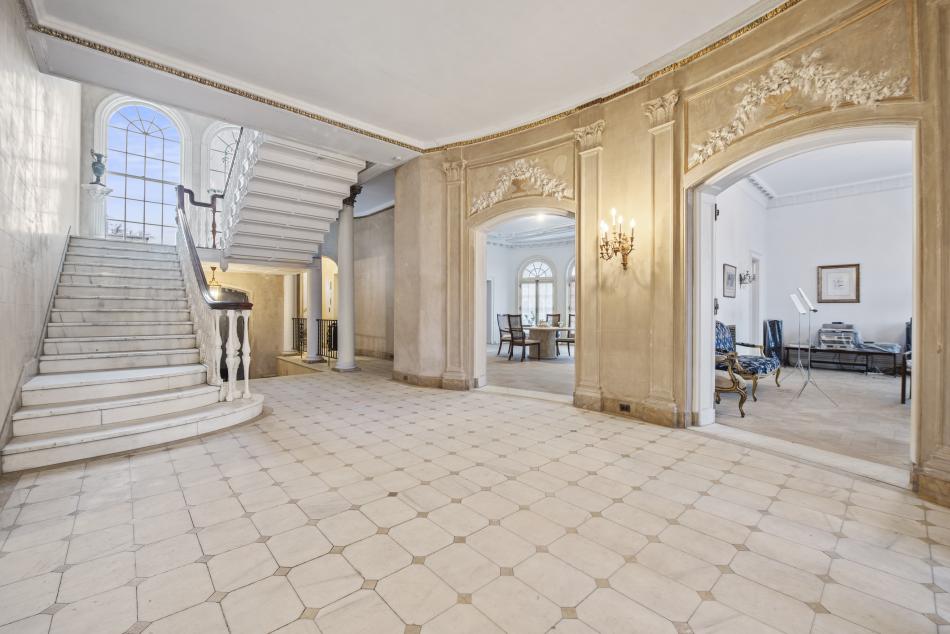 A grand staircase greets the visitors, with reception rooms to the sideHommati Detroit

When the couple purchased the home 12 years ago, it was "beyond horrific" what people had done to the vacant mansion, according to Realtor Steve Katsaros. Mosaic floors had been covered and glued on with 12x12 asbestos tiling. Plasterwork had holes in it from trying to run ductwork through it. Layers of paint covered the French stone walls. Remediation include removing lead-based paint, asbestos, and five oil tanks from the backyard. A new boiler to heat the home had to be built on-site because it was so large.

The couple, one a doctor/lawyer and the other an accomplished violinist/conductor, had the vision to restore it to its 1911 grandeur. The incredible acoustics in the home made it a perfect environment for what they saw for the house–a place where musicians from all over the world coming in from out of town could practice and stay onsite. And that was happening for a while, up until about two years ago. COVID made it so people couldn't gather, halting that dream. They've chipped away at the restoration, and the mansion–although there's still plenty of work to do–has a clean bill of health from the city and state. 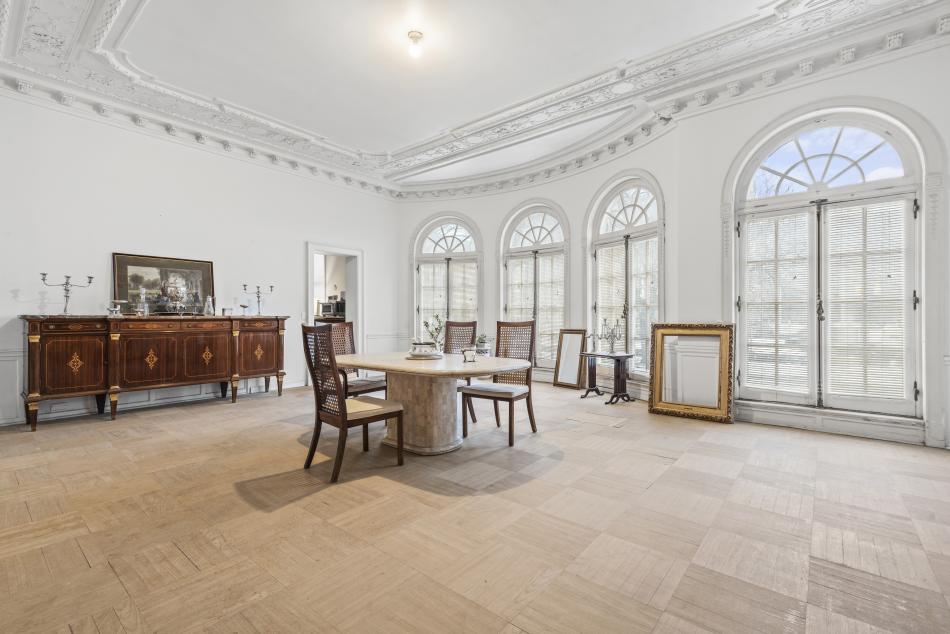 Extensive plasterwork has been repaired throughout the homeHommati Detroit

The home is zoned as residential and commercial, opening up possibilities for a potential buyer. Various businesses have been located in the home over the years. In addition to the 14,000-square-foot mansion, the property includes a 2,800-square foot carriage house with a 4-car garage, plus two plots of land along Burns. 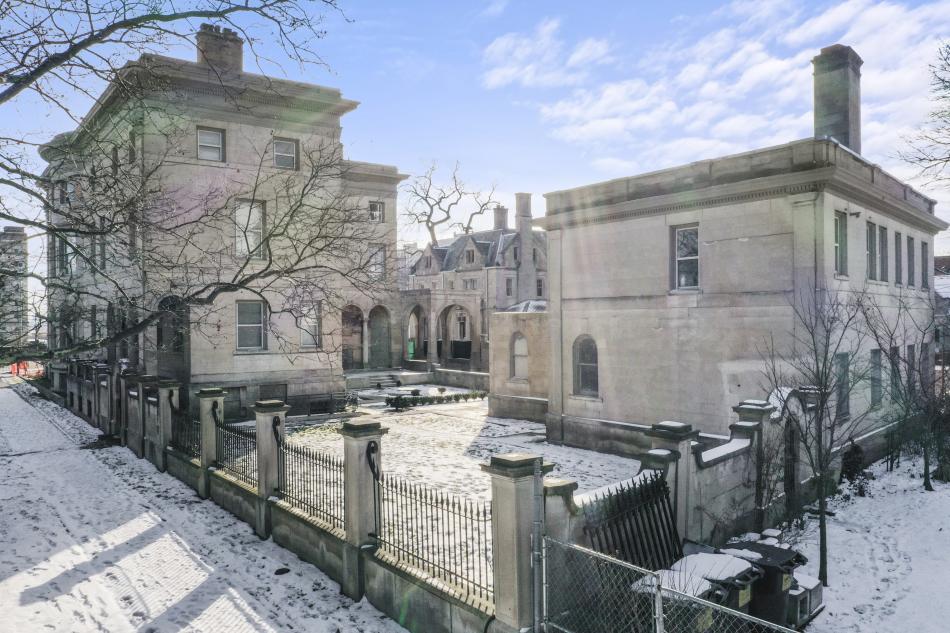 The backyard includes an Italian-style courtyard and carriage houseHommati Detroit

The home was modeled after Marie Antoinette's Palace, The Petit Trianon, in Versailles. Everything is imported: the marble in the foyer is from the same quarry in Greece used to build the Parthenon; an Italian walnut banister leads the visitor upstairs; ornate plaster adorns the ceilings. Outside, a fenced and gated Italian courtyard awaits.

The house has seven bedrooms, seven baths, a ballroom, a library, reception rooms on the main level, antique French cabinetry in the kitchen, and it's loaded with Italian columns, magnificent fireplaces, and the kind of craftsmanship that's hard to come by. The owners are still working on repairing plasterwork, so floors are sanded and in the process of being restored.

They are being strict for showings; only pre-qualified buyers can walk through. But at least through the photos, we're able to see the excellent work the owners have done over the years. See more photos in the gallery at the top of the page. The home is listed through Steve Katsaros at KW Metro.