A huge milestone was reached at the construction of the Exchange this weekend. The 16-story building on the edge of Greektown is being built from the top down, and over Saturday night, the 1 million pound roof went up. 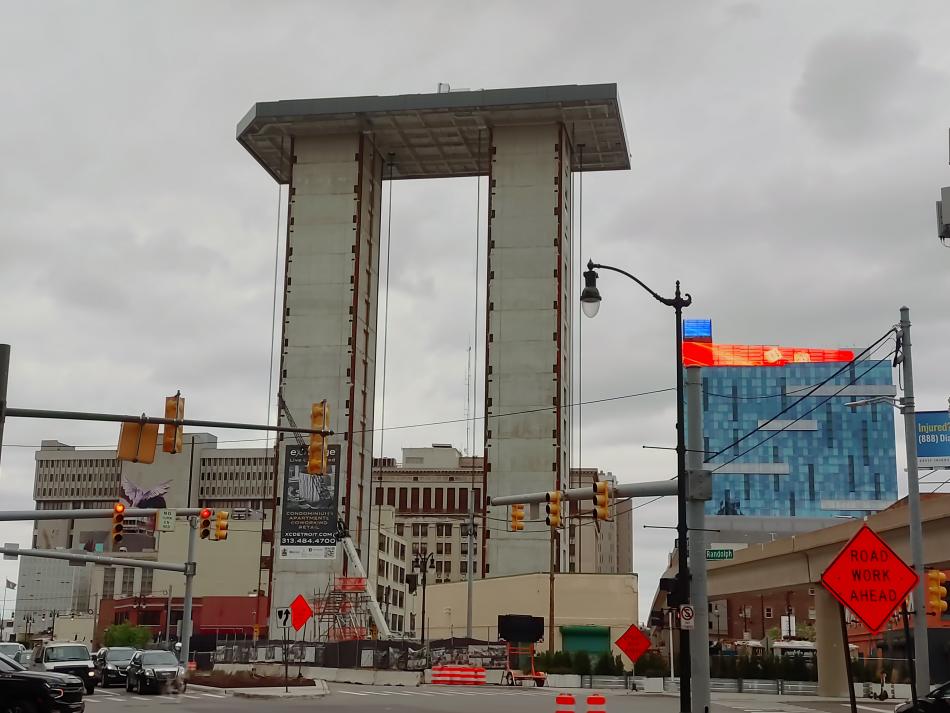 The roof sits atop the Exchange in Greektown.Robin Runyan

The next floor to be hoisted in the air will be the 16th, meaning we’ll see the high-rise fill in from the top. Joe Benvenuto, Vice President of LiftBuild, says that we should see a floor going up every two weeks, with weather cooperating. Once the third floor is lifted, the first and second floors (the podium) will be built traditionally. That portion of construction should be completed in November. The building is expected to be completed in late spring of 2023.

As the floors go up, the facade is already in place, so we’ll see the black and white exterior take shape. 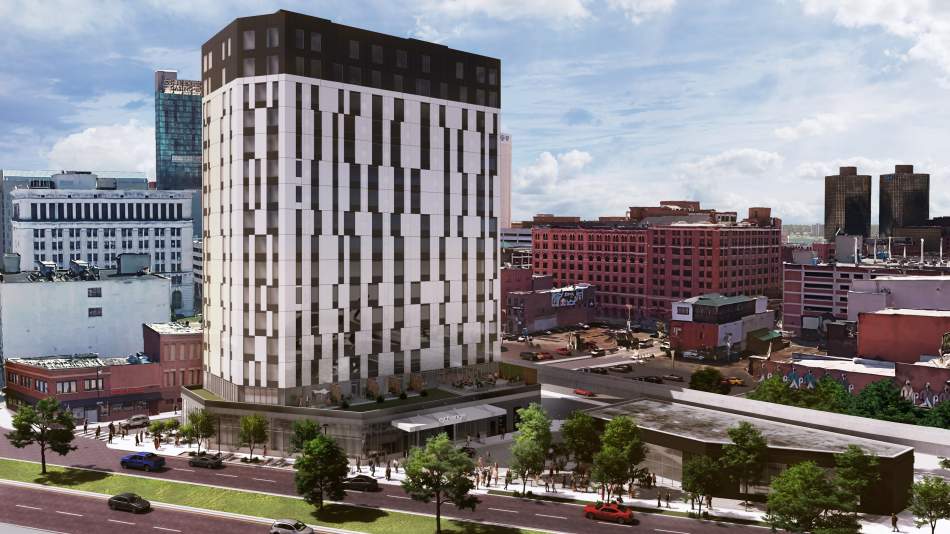 LiftBuild grew from a team at Barton Malow. The team has been working on the technology for about 3 ½ years, after the initial investment was made. They’ve been refining the lifting and locking methods, and 13 patents have been issued for LiftBuild so far.

Benvenuto says the main benefit to the LiftBuild technology is safety. Floorplates are built at ground level, and all put into place in a single lift. Materials such as drywall are lifted with the floorplates so they’re ready to construct when they reach their level. Since the facade is in place, the floors are protected from weather as they build out the interior. They also anticipate that this type of construction is quicker than traditional.

They have spoken to other developers around the country about the technology, and expect to seek out more opportunities as the work is validated.

When finished, the Exchange will have 153 apartments, 12 condos on the top two floors, and ground-level retail and office space. About 25% of the condos have sold, and a model center is opening across from the site on Gratiot.

See the video below for a look at the roof going up at the Exchange.