Representatives from Olympia Development and Related Companies were on-hand Tuesday night for the first of a series of Community Benefits Ordinance (CBO) meetings. The team presented their plan for a 10-building, $1.5 billion development to a sometimes skeptical crowd. 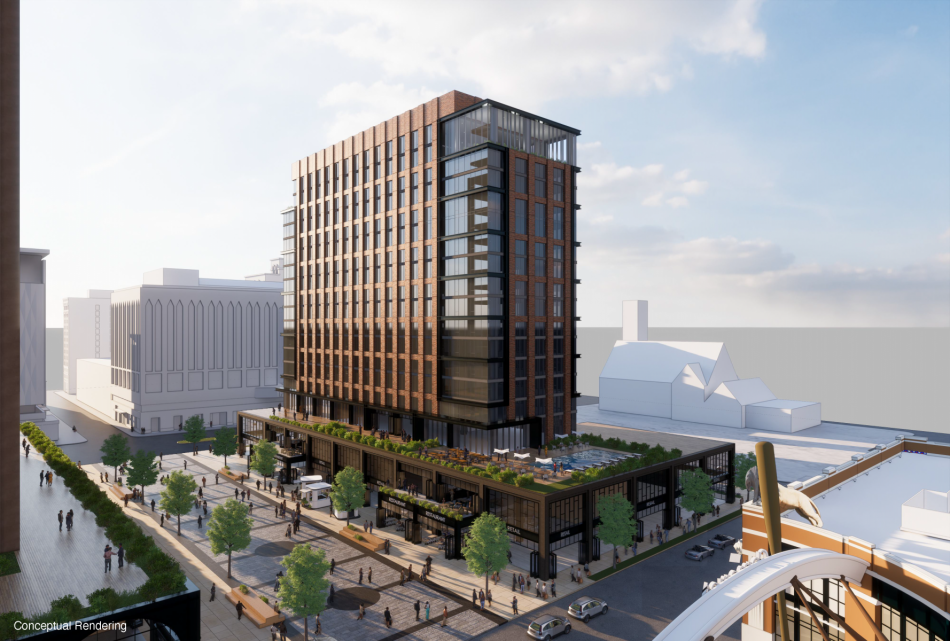 A proposed residential tower at 2250 Woodward (across from the Fox Theater) with 287 residential units.Olympia Development/Related Companies

The team joined forces late last year as Stephen Ross's Related Companies decided to work with Olympia on their Detroit Center of Innovation (DCI), in partnership with the University of Michigan. Earlier this year, the team presented a vison for what the District Detroit could look like, including the renovation of older buildings in the district and many new builds on sites that are currently parking lots (including the rendering at the top for 2300 Woodward). Here are a few of the key takeaways from the first meeting: 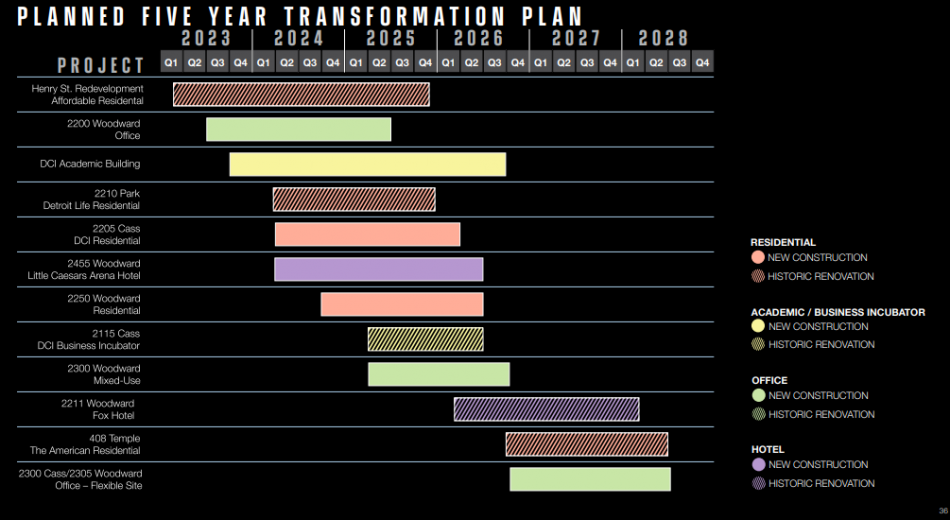 The crowd had opportunities to ask questions of the team. These questions ranged from calls for more affordable housing, if the development team could advocate for more transit in the area, what about the rest of the District Detroit that was promised, and how the public should trust these plans, since so many have been seen before. Olympia President Keith Bradford noted that these are the plans are the current vision that they're moving forward with, and that having Related Companies on board creates a stronger partnership, since they've done so much work around the country with building offices and affordable housing.

The CBO meetings will continue on Tuesday evenings; the public is welcome in person at Cass Tech or on Zoom. More information on the project, including the presentation, can be found here.