As of May 1, Greektown Casino will be called Hollywood Casino at Greektown. The name change (with regulatory approval) comes along with a big rebranding initiative and upgrades to the property.

Penn National Gaming announced the changes Monday morning, with a VIP celebration scheduled later in May. Penn bought the casino from Dan Gilbert's Jack Entertainment a few years ago (you might remember a potential name change for the casino to Jack). Hollywood Casinos are located in 20 states with 44 properties. 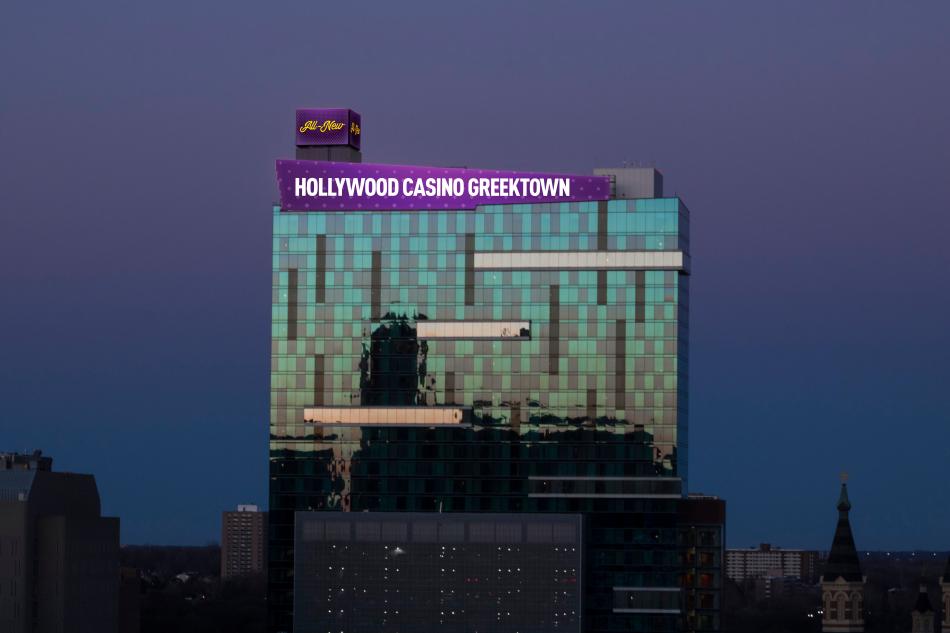 The $100 million in upgrades have been taking place during the pandemic; they include a refresh of the 400 hotel rooms and lobby, new HVAC, a new cocktail bar in the lobby, new food and beverage options, more cashless features, and partnerships to garner more national entertainment acts.

"Becoming Hollywood Casino at Greektown will offer our guests the best of both worlds: we're keeping all of the unique, neighborhood charm that has defined Greektown since we opened our doors, while adding several new amenities that come with being a part of Penn National's flagship brand family," said John Drake, general manager of Hollywood Casino at Greektown. "Whether you're a regular, loyal guest or a first-time visitor, we'll have something new and improved for you to experience and enjoy."