The bronze sculpture stands close to where Detroit was founded and the original edge of the Detroit River. According to a release:

The bronze sculpture harkens back to thousands of years of mining in Michigan’s Upper Peninsula, and the copper and iron ore that traveled down the Great Lakes to Detroit, creating an industrial giant and auto-industry capital for over 100 years. All of these highlights through history occurred right where this sculpture is installed, at the corner of Washington and Jefferson, and the work will incorporate all of these qualities, to create a monument that speaks to Detroit's past, present, and future.

Visually inspired by the East Jordan Iron Works cast-iron grates that are found throughout Michigan, “Floating Citadel’s” form references celestial bodies, astrolabes, cages, drains, thresholds, mystic symbols, and human skeletons – specifically echoing the idea of rib cages, which protect life, but also trap us on the earthly plane. The work is meant to represent both a global, terrestrial object, and yet an ascending, spiritual form.

“It’s a bit surreal to have my art installed in the Civic Center of Detroit, in the center of the City where I’ve been my whole life,” said Scott Hocking. “So much iconic art and architecture surrounding it, and so many layers of history right on this spot, it's mind-blowing.  I’m truly grateful to be a part of that ongoing history, and I feel pretty lucky.” 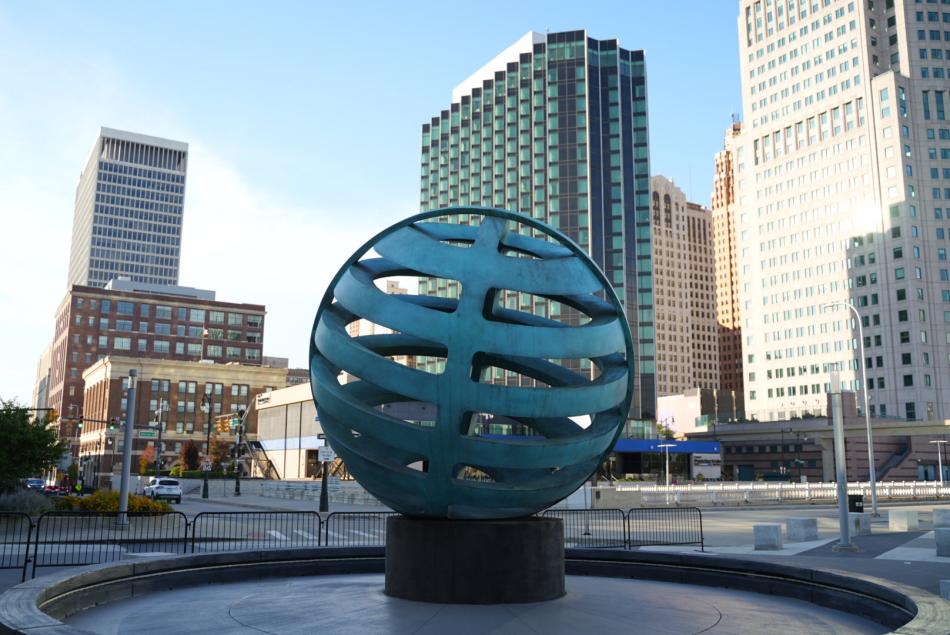 The sculpture joins major works by Hubert Massey, Robert Sestok, Tyree Guyton, and Gilda Snowden at Huntington Place, and nearby public art such as the Joe Louis Fist, the Spirit of Detroit, as well as Transcending in Hart Plaza.