The Iron Belle Trail, which will run 2,000 miles on two different paths from Belle Isle through Michigan up to Ironwood, is about 70 percent complete. Earlier this week, the DNR celebrated completion of the southern trailhead close to home on Belle Isle.

The Ralph Wilson Gateway is located near the Blue Heron Lagoon. Thenewly-completed area includes a new plaza with picnic tables and a map of the trail. Near the trailhead, the sculpture One World...Under Michigan Stars by Erik and Israel Nordin frames the William Livingstone Lighthouse in the distance. Construction on the Eugene and Elaine C. Driker Trail, which will lead to the lighthouse, also kicked off at the ceremony. 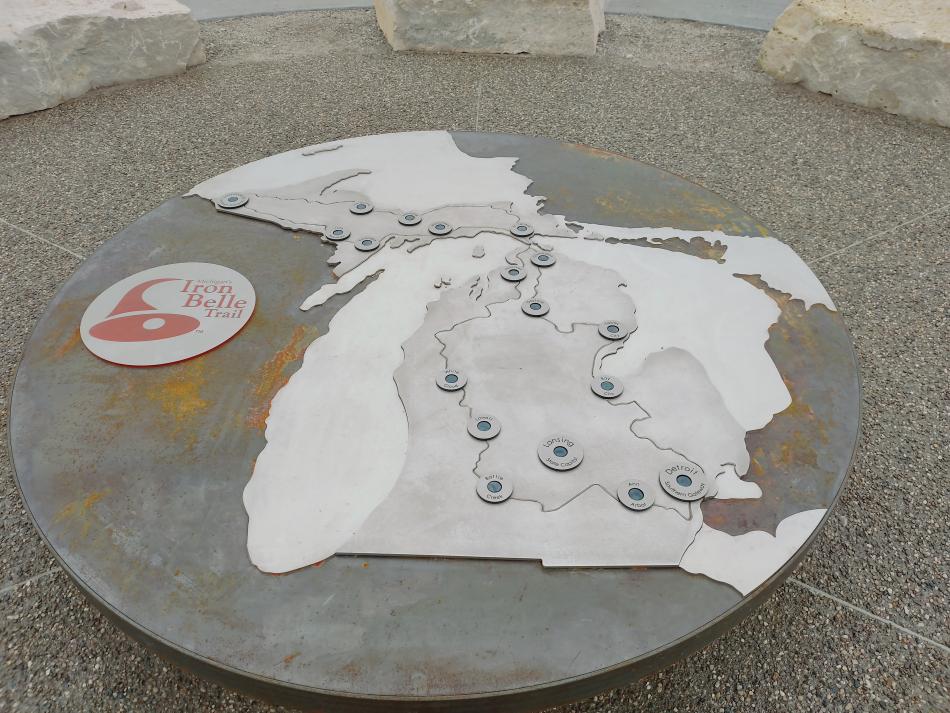 A map of Michigan and the spots along the trail sits at the new plaza at the trailhead.Robin Runyan

The Ralph Wilson Trail is a paved trail that will run 6 miles around the island; currently, the beach side portion of the pathway is done, running from the trailhead to the MacArthur Bridge. The rest of the trail on the side facing Canada will start construction this year.

“Michigan is known as the Trails State for many good reasons, and none more fitting than what we are celebrating today. The Iron Belle Trail, now more than 70 percent complete, is built segment by segment through partnerships just like this,” said DNR Director Dan Eichinger. “This foundation of support is echoed by the recent record investment in state and local parks announced just last month by Gov. Whitmer, setting up more outdoor recreation facilities and resources for the future.”

The trails were funded through the Michigan Natural Resources Trust Fund, Land and Water Conservation Fund, Ralph C. Wilson, Jr. Foundation grants, and private grants. Ralph C. Wilson lived in the Detroit area and was once owner of the Buffalo Bills. His foundation has given to many trails in Southeast Michigan; a new park named after him will soon be built on Detroit's west Riverfront. 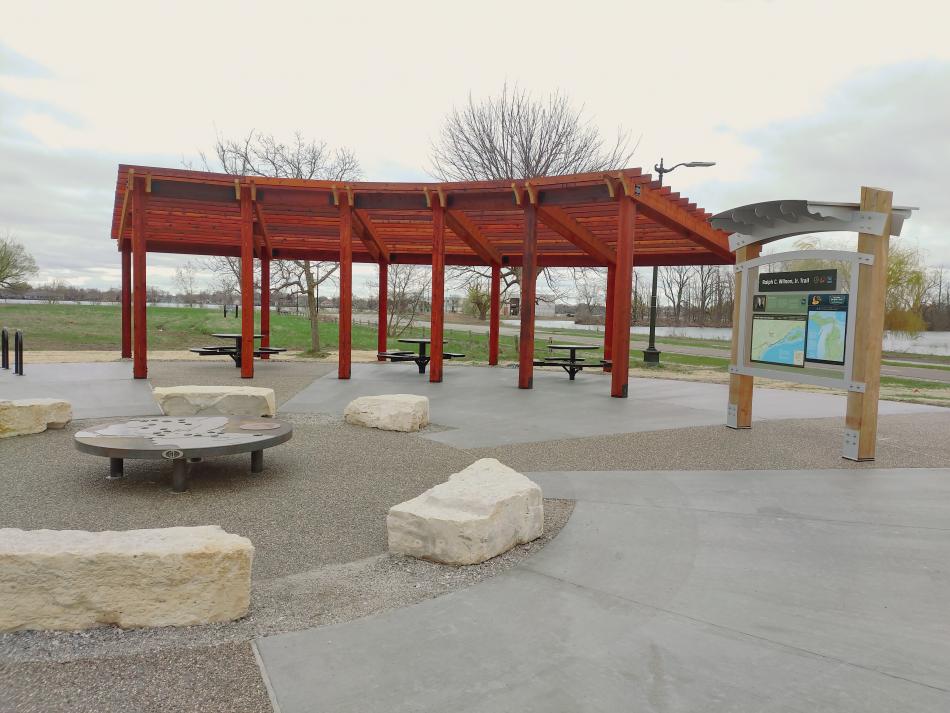 The new plaza at the southern trailhead for the Iron Belle Trail.Robin Runyan