A vacant church in the Sugar Hill Historic District of Midtown will see new life again. Led by RainCheck Development, the 11,000-square-foot church will be redeveloped into 15 market-rate and affordable apartments.

The church has been vacant since 2008. Midtown Detroit, Inc. purchased the building in 2011, and it was recently bought by Neal Check and RainCheck Development for $900,000. Check estimates the project will cost $3,000,000. They are currently working on historical approvals right now, and hope to break ground later this spring. Units would be ready in 2023. 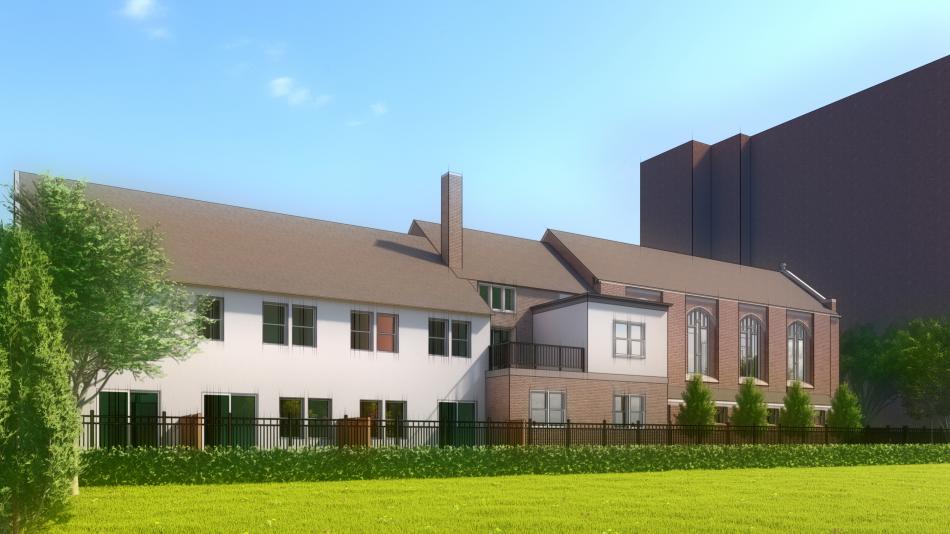 A view from John R, with private patios for tenantsRainCheck Development

Units will be studios and one-bedrooms. The sanctuary ceiling will be preserved and will be part of the upper-level living space. 92 Forest will have an outdoor seating area, bike storage, and a pet park for residents. Some units will have their own outdoor patio. Tenant parking will be on a lot next to the building. The architects are Royal Oak-based Krieger Klatt and the general contractor will be The Monahan Company.

The Church of New Jerusalem dates back to 1915. The Gothic Revival church was designed by Harry G. Muelman.

RainCheck also led the redevelopment of 40 Hague, a former Packard showroom and service station in the North End. They're also working on two other developments:

See more photos and renderings in the gallery above.