In Brush Park, new construction is rising at a swift pace. In the middle of it all, a historic property that was completely falling apart four years ago is in the midst of a huge renovation. We toured the Henry Glover House with owner Doug Quada to view the progress.

The house dates back to the late 1800's, and has been abandoned for decades. When Quada purchased the property in 2017, the structure was crumbling and on the brink of being demolished. All that was left of the exterior was the brick shell. The first year was spent cleaning out the property, resupporting everything, and building out the shell so they could work in it. The team started in the basement and framed up from there. New flooring had to be rebuilt on each level. 100% of the original house had to be reframed.

A back addition was later built, which will house two condos. These will be finished first. They'll each be 1,200 square feet, two beds, two baths. Each condo in the house will have its own storage space in the basement (no garden-level condos here). 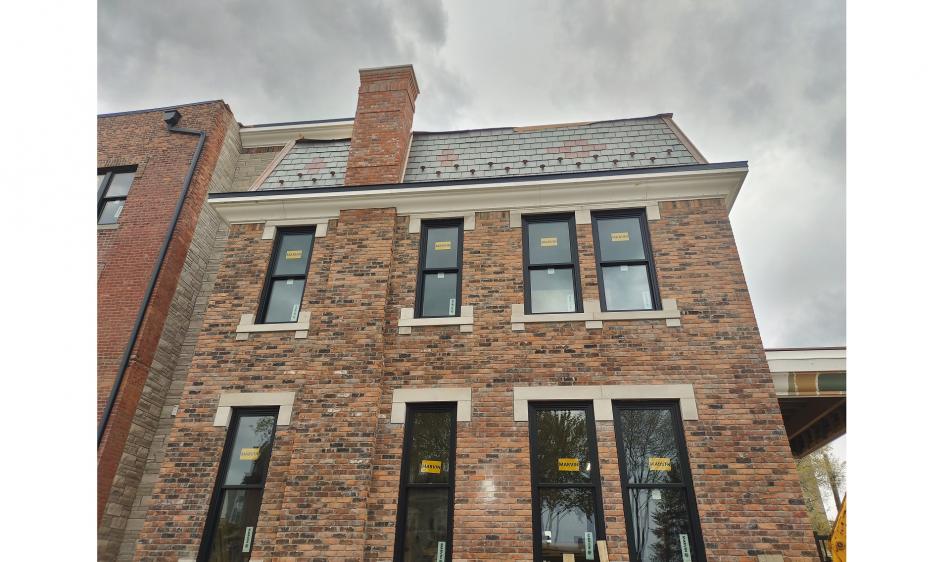 The back addition to the Henry Glover House will have two condos.Robin Runyan

When completed, the house will have five condos -- two in the rear addition, two in the front of the main house, and a penthouse. Another will be built when the carriage house is constructed later this year. Quada plans to sell the condos at market rate for Brush Park.

Porches are also being constructed on the sides, back, and front. The side yard will be landscaped and the property will have cisterns for water collection.

Inside, each unit's room are framed out and the condos in the addition are gearing up for drywall. They'll have hardwood floors in most rooms, and heated tile floors in the bathrooms.

The front two condos will be 2,000 square feet, with two beds, three and a half baths, and private patio space. 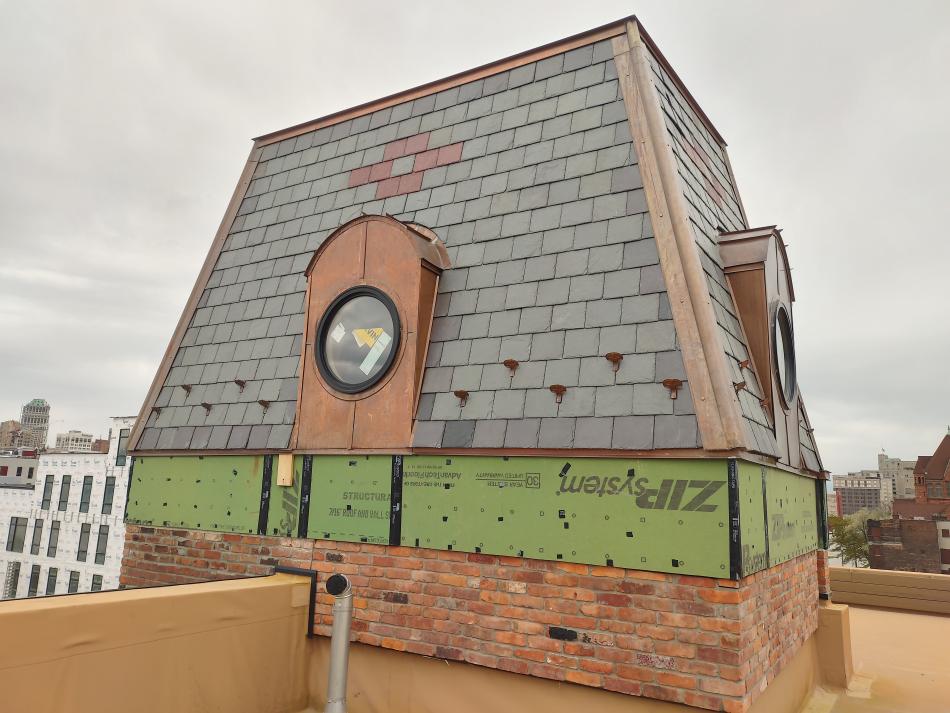 The mansard roof allows for a nice roof deckRobin Runyan

The penthouse has exposed brick in places, and small nooks that can be used for reading. The kitchen will have a long island, wine fridge, and high-end finishes. The penthouse also has access to a rooftop deck, where you can see a fantastic view of the downtown skyline and a lot of the construction around Brush Park. 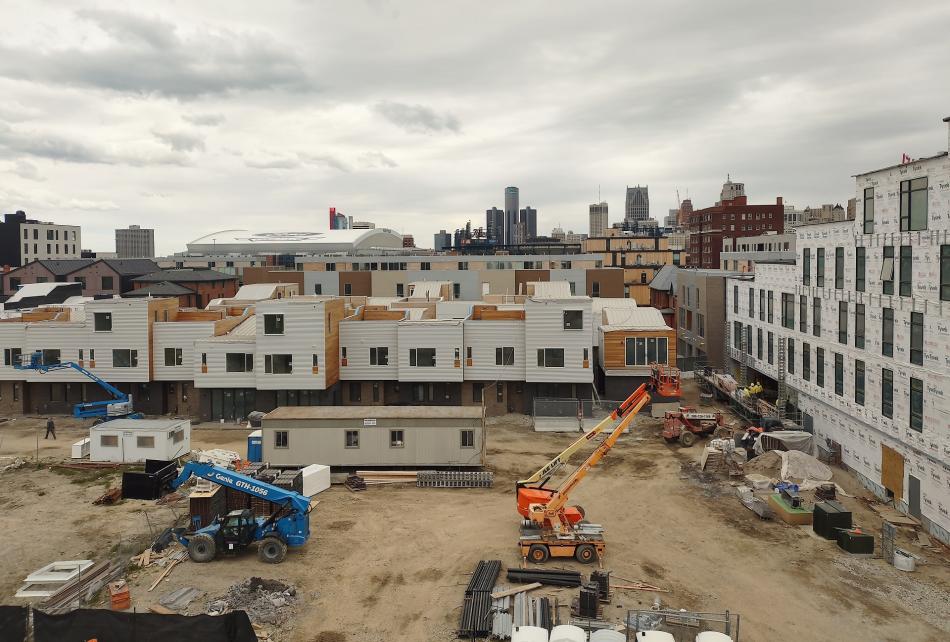 Some elements have been kept and will be used in the interior -- exposed brick can be seen on some of the walls, wood has been saved to use again, and beautiful door frames will be used in the front units. All exhaust and heating ducts will run to the roof. 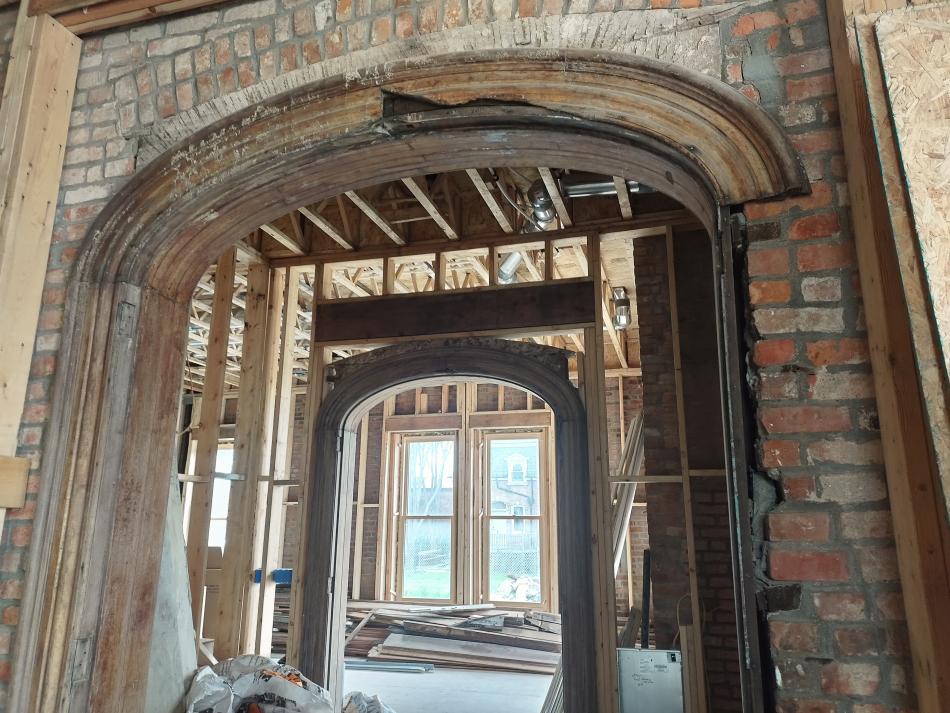 Arched door frames are recreated in the front condosRobin Runyan

Quada says one of the challenges in construction was that nothing was square. The team had to configure every wall to maximize the space. But when he saw the house, he thought it deserved to be saved. He didn't think it would take four years, but it's been a rewarding experience.

Quada's expecting the first condos in the back addition to be finished in September, with the two in the front of the house completed in October or November. Construction of the carriage house starts in July.