One of the most visible and underutilized green spaces in Detroit is finally getting a makeover. The city officially broke ground at the $6 million transformation of Roosevelt Park, right in front of Michigan Central Station, today.

Instead of West Vernor going through the now 13-acre park (9.5 acres before), there will be a promenade leading up to the train station. West Vernor will now go around the park. Expect a large gateway area for pedestrians to enter the park, along with landscaping, benches, tables and chairs, plus plenty of green space for event programming. Renderings show festivals with room for a small stage. 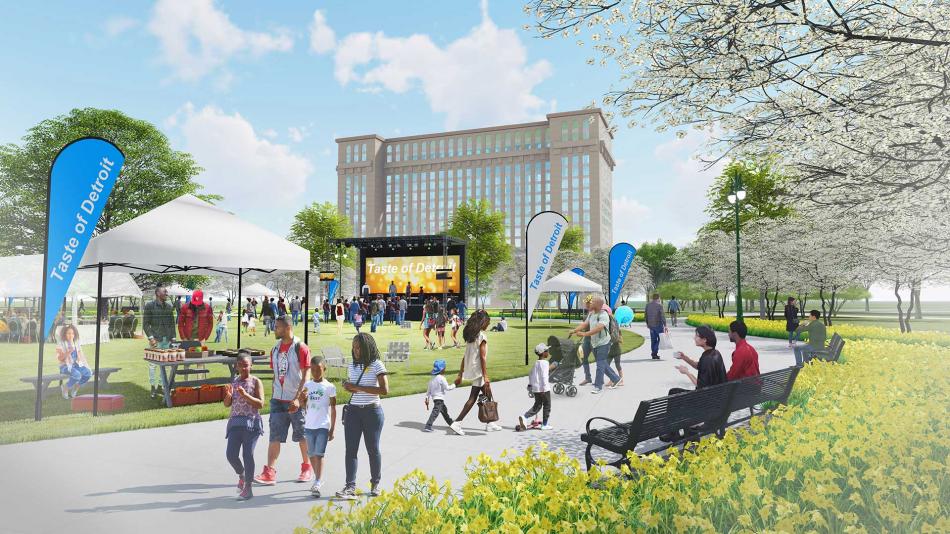 Festivals can be held in front of the train stationMichigan Central

"Roosevelt Park and Michigan Central Station have long been partners in civic grandeur and will be once again with this investment", said Joshua Sirefman, Michigan Central CEO. "Together, they root us in both the rich heritage and bright future of the surrounding neighborhoods and all of Detroit. The restored Roosevelt Park, with its beautiful boulevard in the middle, and the grand public space in The Station will create a seamless blend of respite and connection."

Not only will this park give residents, workers, and visitors access to green space, but it's close to the Southwest Greenway, which broke ground earlier this year. That will lead to the Ralph C. Wilson Park, the Riverwalk, and the Joe Louis Greenway, creating greater connection through Corktown and Southwest Detroit. 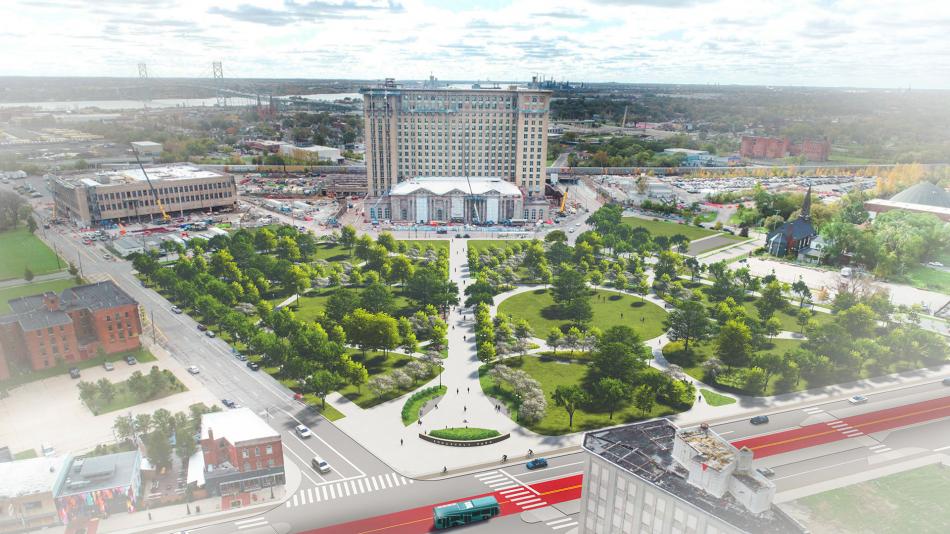 The new Roosevelt Park will have a more pedestrian-friendly design with walkways and landscaping.Michigan Central

Ford is leading the redevelopment of the long-vacant Michigan Central Station, which should be completed at the end of this year, with tenants moving in next year. Their plans also include redeveloping the nearby Book Depository, a mobility hub on Bagley, and possibly some new construction nearby.