In 2017, three old houses in Corktown went up for sale as a package deal. While Corktown was active development-wise, this was before Ford's announcement of the redevelopment of Michigan Central. The historic neighborhood is now very busy with construction -- everything from townhomes to hotels to large apartment buildings are going up. Which is a good thing for the team at Corktown Historic Developments, Patrick Beal and Drake Filippis, who bought and restored the three homes on Vermont Street.

Of course, the rehabs took much longer than anticipated. Rising construction costs, the pandemic, and last year's flooding kept delaying the team. But now all three are done, with just a couple units left for rent. Patrick, who lived near the homes when they went up for sale, walked me through the larger corner house last week. The smaller houses were abandoned in rough shape, he said, and open to the elements. One tenant had been living in the larger corner home. 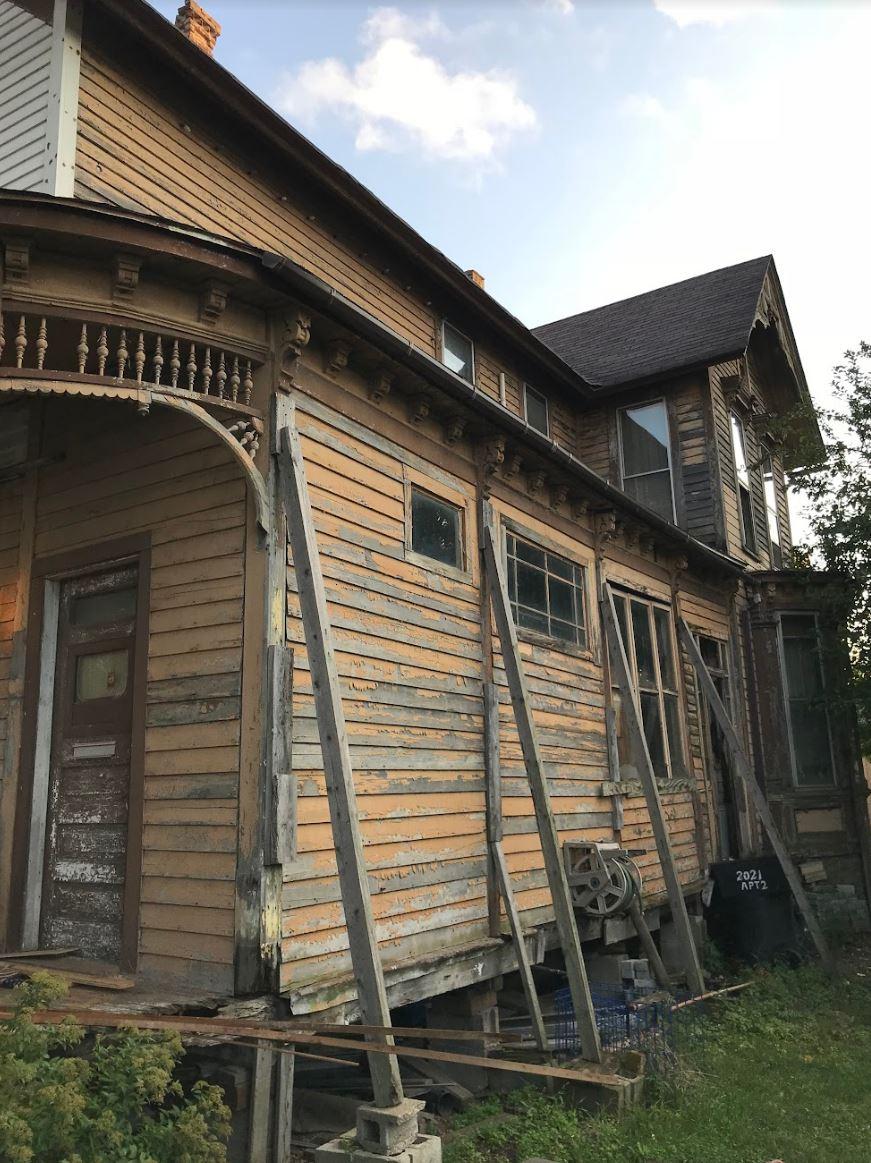 The buyers and the city disagreed on the use of the larger home. The buyers saw it as a three-unit house (multiple kitchens were in the original design). But the city considered it a mansion. The house dates back to 1910 or 1890, depending on who you ask. 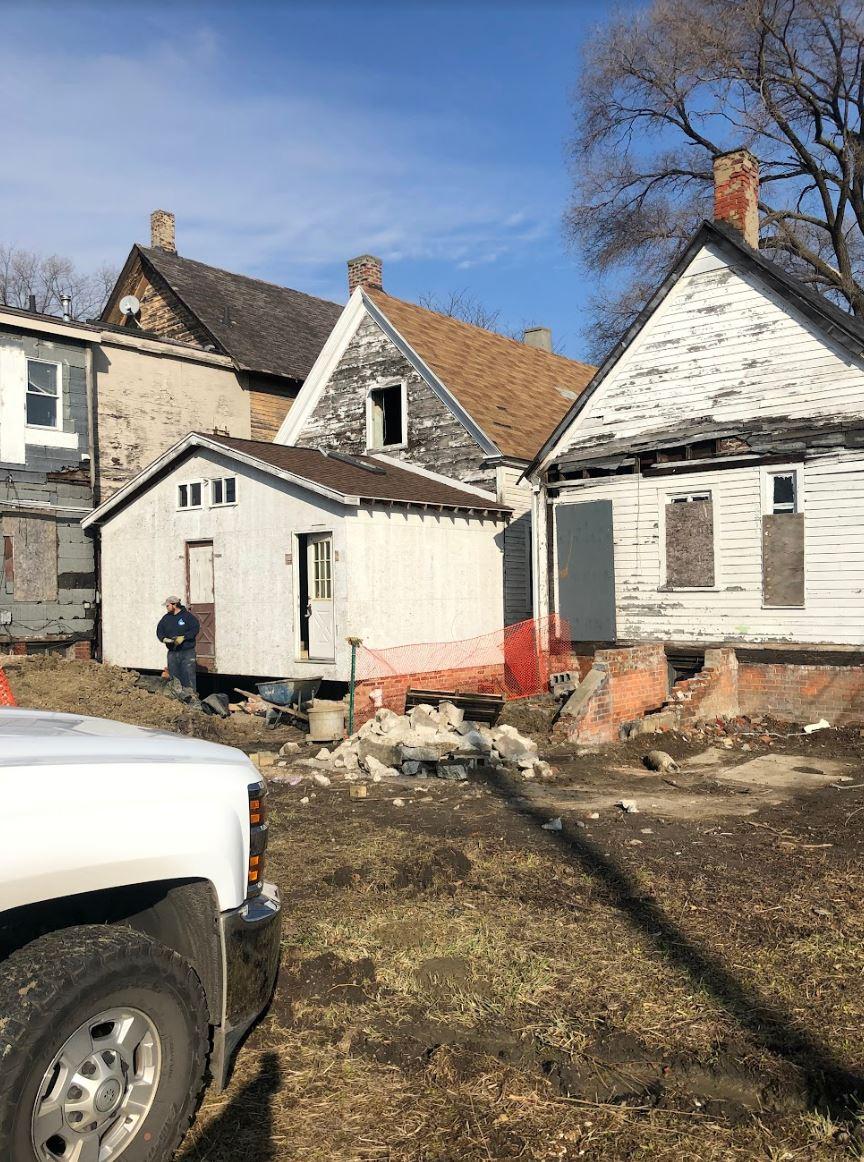 The backs of the two smaller houses a few years ago.Corktown Historic Developments

The two smaller houses are currently rented out. The first was completed a year ago. The second was almost done when it flooded last summer. The larger home is now five units, with the attic space converted into a unique apartment. New hardwood had to be installed into the corner home, but all original casing and molding was kept when possible. The house has exceptional historic details - big bay windows, original wood pocket doors with trim, openings above some of the doors for air flow. The porch, which was enclosed when they first purchased the property, has been restored. 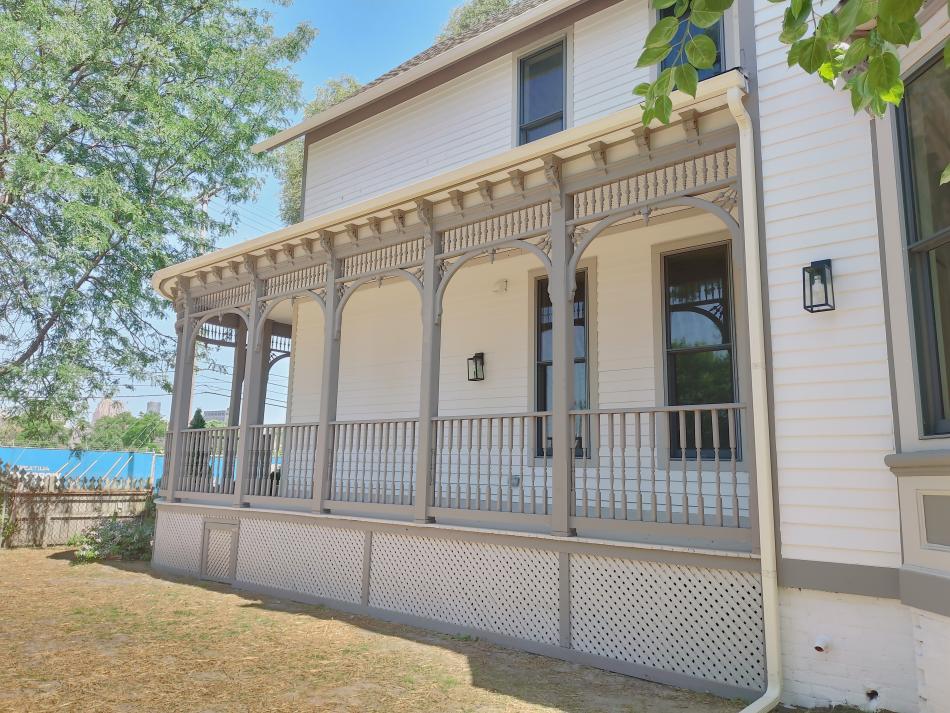 The lot behind the homes was once a four-unit property in the 1950s. The team plans to build a six-unit building eventually, and the plan has been approved by the historic district.

Two of the two-bedroom apartments in the corner home are for rent at $2,300 and 2,400/month and are just steps away from Michigan Avenue and the train station. See more photos in the gallery at the top of the page.